The dedicated men and women of the Downey Fire Department strive to deliver the highest quality of service to the expanding needs of our community.

We will safely and aggressively prevent or minimize the loss of life and property through our combined professional efforts. 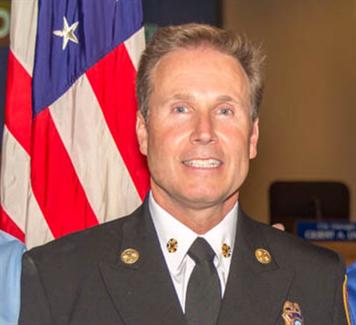 Mark Gillaspie was appointed as Fire Chief in August 2014. 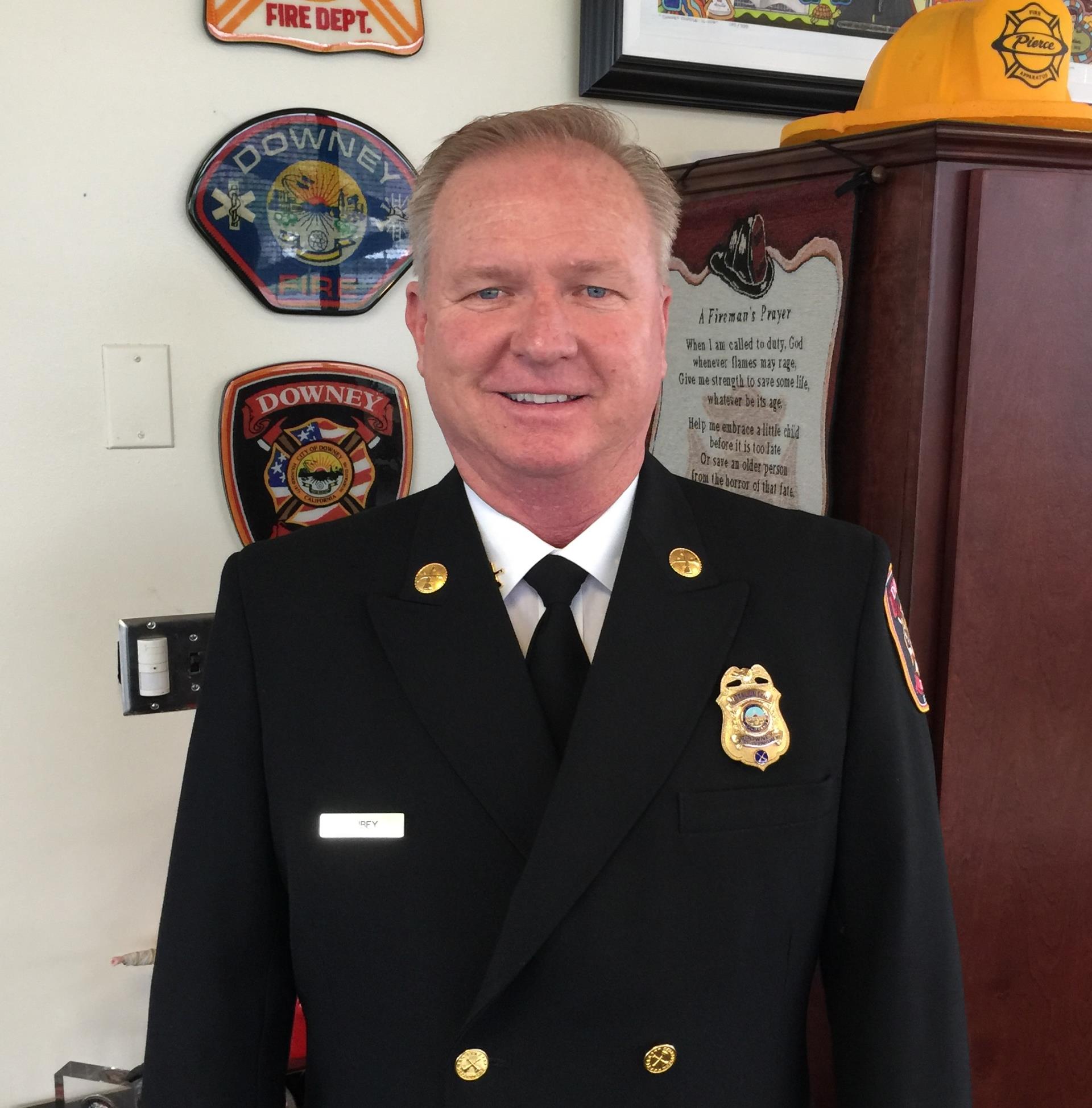 Assistant Fire Chief Jay Ibey is a graduate of the Rio Hondo Fire Academy and began as an auxiliary firefighter with the department prior to being hired as a fire communications dispatcher in 1990. Jay became a firefighter with the department in 1995, and promoted to Captain in 2007. Chief Ibey is also a graduate of the Los Angeles County Paramedic Training Institute and is a certified state Chief Officer. Jay promoted to Captain in Battalion Chief in 2015 and Assistant Chief in 2016. Assistant Chief Ibey currently oversees Fire Prevention, Fire Investigations, Department Emergency Medical Program, Grant Management, Insurance Services compliance, Policies and Procedures, and is also the City's Fire Marshal. Chief Ibey is currently assigned to the fire department office at city hall. 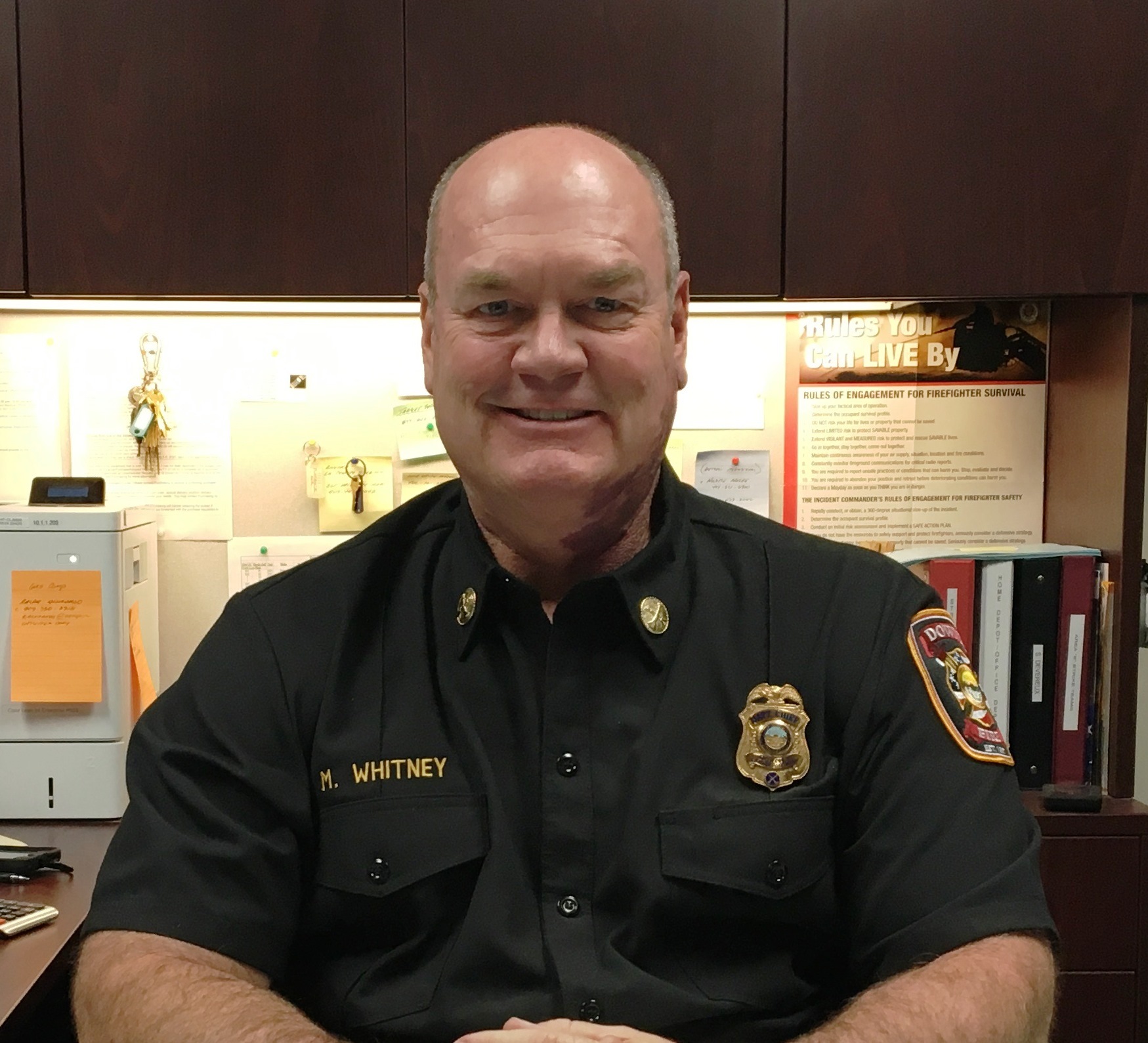 Mike Whitney is a graduate of the Rio Hondo Fire Academy and began his fire service career as a firefighter with the Jet Propulsion Laboratory in Pasadena, CA. At the same he volunteered with the Pasadena Fire Department as an Auxiliary Firefighter. Mike has over 31 years of fire service experience. He was hired by the Downey Fire Department in 1986 and has worked through the ranks as a paramedic, engineer, captain, training captain, and promoted to battalion chief in 2016. He has a Bachelor of Science Degree in Fire Protection Administration from Cal State Los Angeles. Battalion Chief Whitney currently oversees Department Safety, Fire Equipment, Apparatus, Respiratory Protection, OSHA Compliance, Personal Protective Clothing, and Public Information. Chief Whitney is currently assigned as the "B" platoon battalion chief. 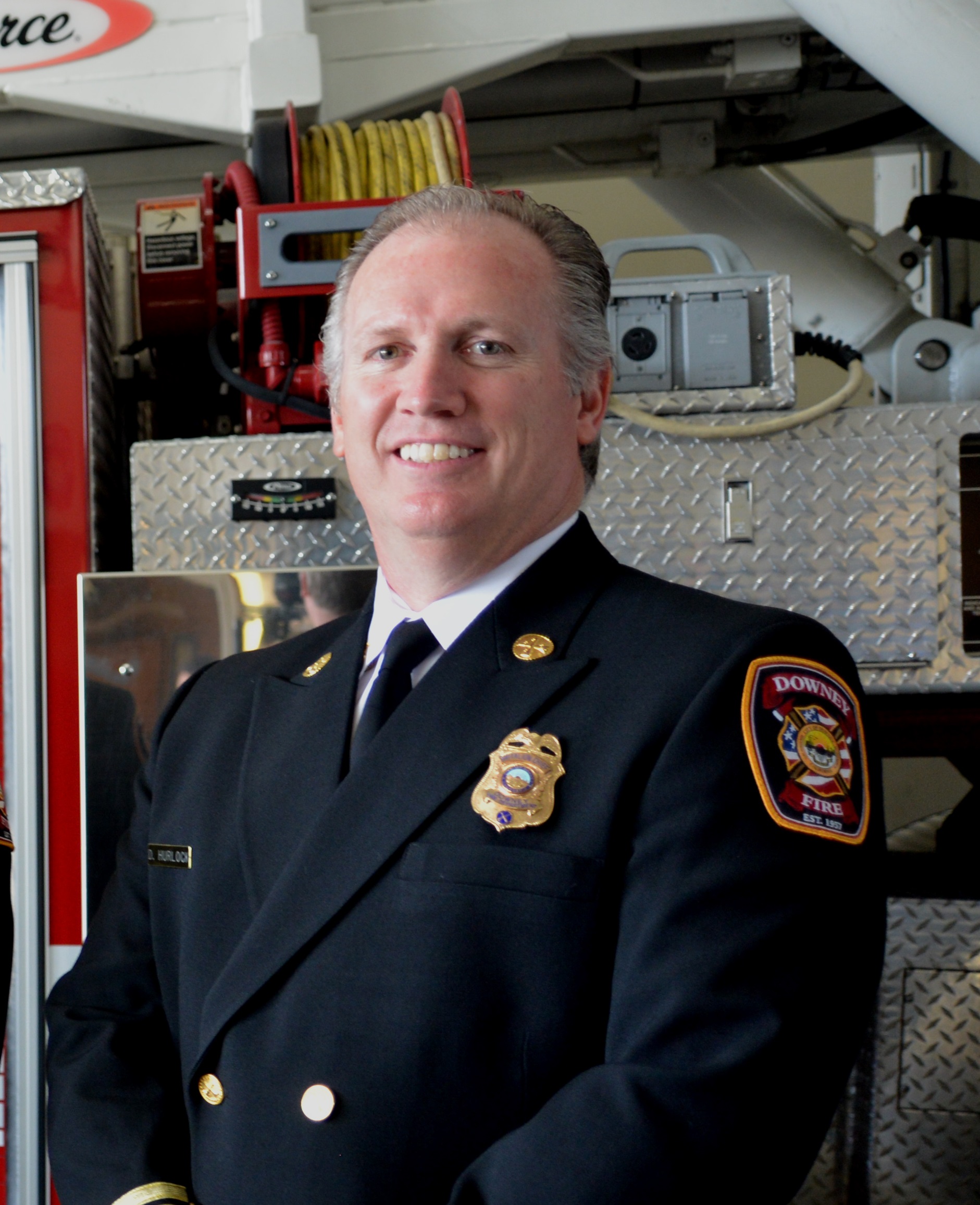 Dan Hurlock grew up in Downey and graduated from Downey High School in 1983. He went on to California State University, Long Beach where he earned a Bachelor’s Degree in Business. In 2000, Dan was hired by the Downey Fire Department and soon became a licensed paramedic. He was promoted to Captain in 2011 and soon became a Training Captain. Dan has been heavily involved in the department's Community Emergency Response Team, (C.E.R.T) which prepares capable citizens to work as emergency responders in the community during large-scale disasters. Dan was promoted to Battalion Chief in 2014. He currently oversees Department Facilities, Records Management, Professional Standards, and Communications which includes the Joint Powers Communication Center (Fire Department Dispatch). Chief Hurlock is currently assigned as the "C" platoon battalion chief. 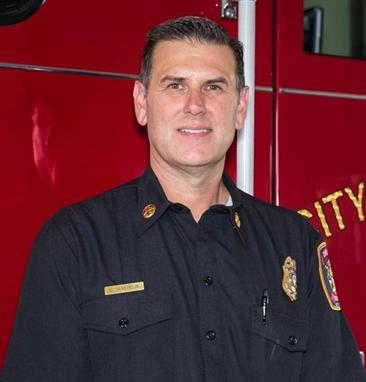 Scott Devereux grew up in Downey, graduating from Downey High School in 1983. Scott began his fire service career as a Downey Fire Explorer. He was hired as a firefighter with the department in 1986. Scott worked his way up through the department as a paramedic, fire inspector, engineer, captain, training captain, and now battalion chief. Chief Devereux is a 31 year fire service veteran. Scott is a California State Fire Marshal-certified Fire Officer and Fire Prevention Officer. He is currently working on his bachelor’s degree in Fire Administration and obtaining Chief Officer certification. Battalion Chief Devereux currently oversees Special Operations such as hazardous materials, urban search and rescue, and terrorism response. He also manages and administers the departments volunteer forces, wellness program, DMV compliance, and the training/education division which is a large component of any fire department. Chief Devereux is currently assigned as the “A” platoon battalion chief. 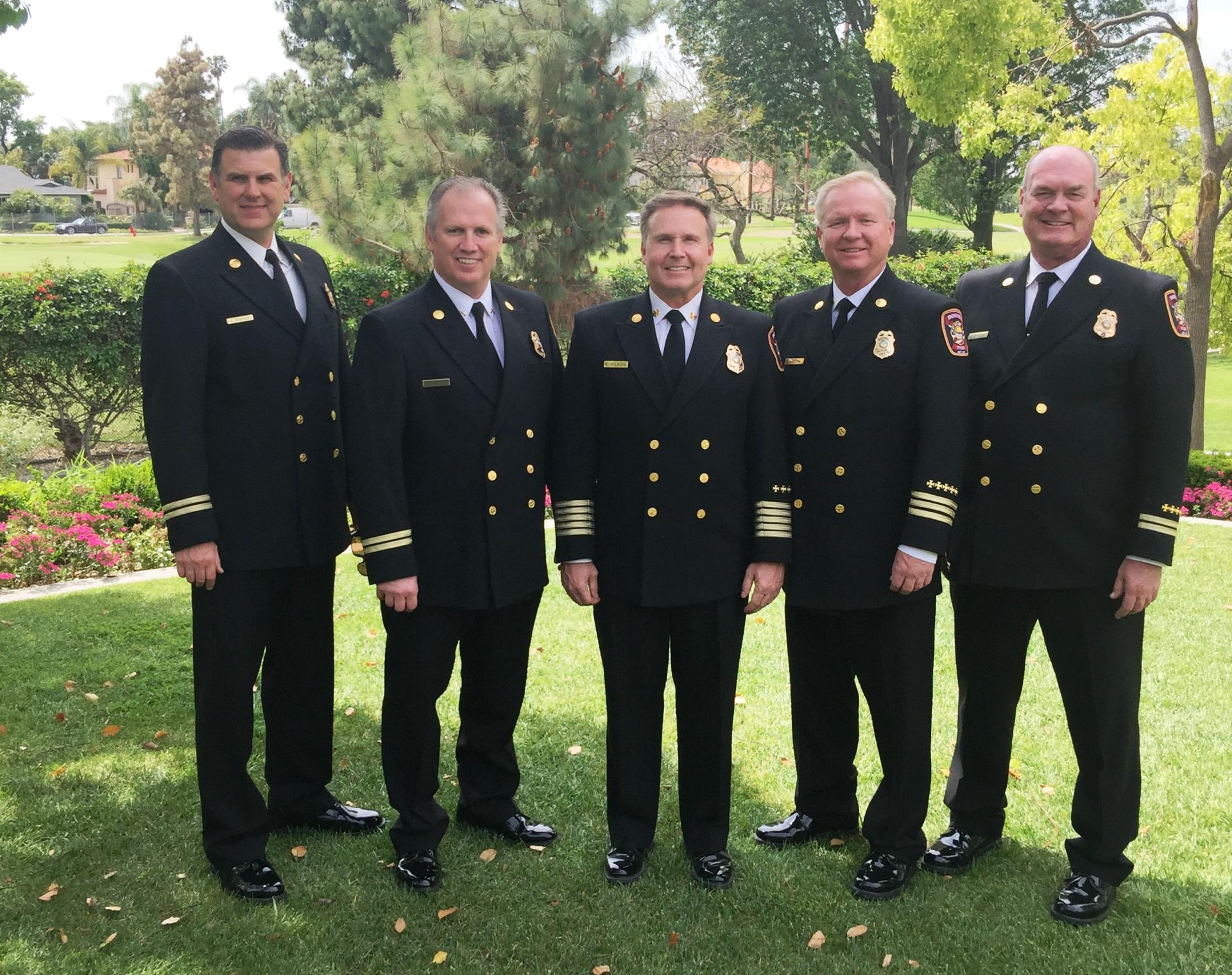