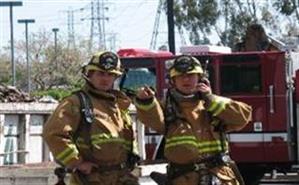 Fire communications is responsible for providing the citizens and visitors to the City of Downey with prompt dispatching of firefighting, rescue and medical equipment and personnel to the scene of an emergency. The Communications Division's duty is to match the public’s request for service with the Fire Department’s resources assuring prompt and adequate response to fire and medical emergencies. 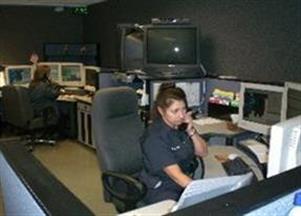 The JPCC employs a total of 9 dispatchers; 8 full time and 1 supervisor who also works in the center as needed. The dispatchers work 12 hour shifts with the minimum staffing for each shift is 2 dispatchers with part-time dispatchers assigned during the busy weekend hours of 4-12 p.m. 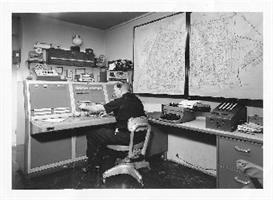 The Downey Fire Communication Center (DFCC) was established on July 1, 1975 as a regional communications center for Area E Fire Departments (Area E was originally the Civil Defense area of Southeast Los Angeles County). The idea of a regional fire communication center was to effectively share and manage fire and medical resources, thus being able to deliver rapid response to an emergency incident. The DFCC was initially comprised of the cities of Downey and Santa Fe Springs, with the cities of Montebello and Lynwood joining in 1976, Compton joining in 1982, and the city of Vernon joining in 2012. Today, the JPCC provides fire communications and dispatch services to the Cities of Compton, Downey, and Santa Fe Springs, serving a combined population of 300,000 people covering an area of 40 square miles.