Since July 1, 1957, when Downey Police Officers began patrolling the City for the first time, two Officers have been killed in the line of duty. 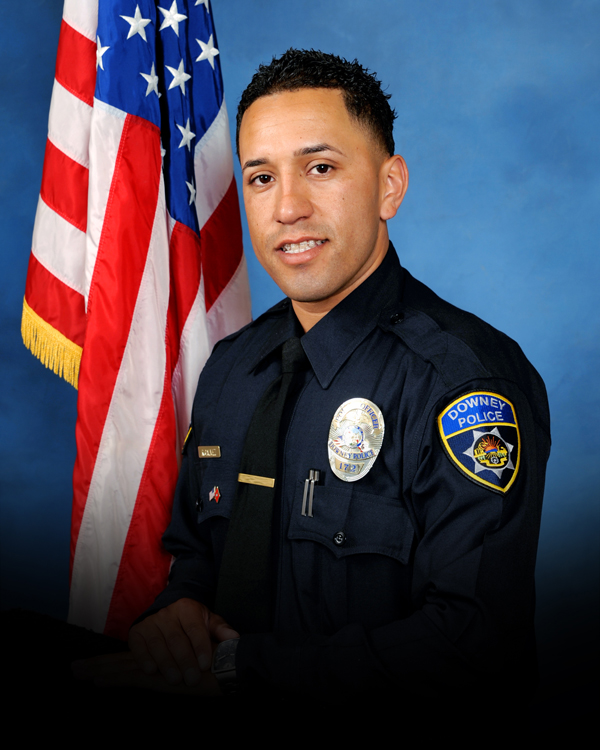 Officer Ricardo “Ricky” Galvez was born April 2, 1986 in the Boyle Heights area of Los Angeles and raised by his mother in Bell Gardens, CA. He was a standout athlete at Bell Gardens High School, graduating in 2004. As a young adult, Ricky volunteered his free time to coach kids in sports at a local park in his neighborhood.

Ricky began his law enforcement career with the Downey Police Department in 2006, working as a Police Aide. During this time he also enlisted and served in the United States Marine Corps Reserves…completing two overseas tours in Operation Enduring Freedom. Upon returning from his first deployment, Ricky was hired as a Police Officer Recruit and attended the Orange County Sheriff’s academy, graduating in September of 2010.

Over the next 5 years, Ricky worked patrol where he established himself as a competent and compassionate Police Officer. He was an avid runner and organizer of the Downey Police Department’s “Baker to Vegas Challenge Cup Relay” team. This event consists of a 20 stage, 120 mile relay race that police departments throughout the world compete in.

Ricky’s career goal was to be a K9 Handler. He volunteered as a K9 Agitator with the Southeast Los Angeles K9 team, assisting with training Police K9’s in the Los Angeles area. On November 18th, 2015, Ricky had just completed a K9 training session when he returned to the police station and parked in a parking lot shared by the police and public. While sitting in his vehicle, Ricky was approached by two suspects, one of whom opened fire, shooting and mortally wounding him. Officer Galvez is survived by his mother, two sisters and brother.

On November 30, 2015, Officer Galvez was posthumously appointed to the position of Canine Officer with the associated call sign “5-King.”

Ricardo “Ricky” Galvez was a son, brother, and uncle; He was a nephew, neighbor, and a proud United States Marine; He was a Police Officer, but most of all, he was our friend. Ricky served his country for 7 years, and served the City of Downey with honor and distinction.

May he rest in peace. 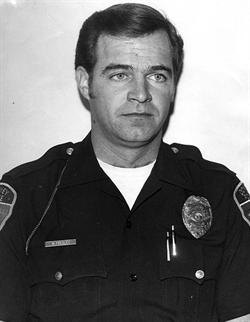 Officer Wayne Richard Presley was born and raised in Anutt, Missouri. He always wanted to be a police officer.

In July of 1961, he joined the U.S. Navy and remained active until 1972 when he was honorably discharged. Officer Presley was then hired by LAPD, and graduated in the top 25% of his academy class. He had an outstanding work record with L.A.P.D. but wanted to work for a smaller department. Officer Presley applied at Downey and was hired in June of 1973. He was married and had three children. He was well liked by his peers and his supervisors and was an outstanding police officer.

On the evening of April 10, 1981, Officer Wayne Presley, age 37, and his partner, Officer Steve Guthrie, were assisting a stalled motorist at a major intersection in the City of Downey. It was dark, not too late, and visibility was good. They were protecting traffic from a stalled semi tractor. They had taken care of the problem and, parked to the rear of the tractor, had just gotten on their motorcycles with emergency flashers operating. A drunk driver, traveling above the speed limit, struck both officers and slammed officer Presley and his bike into the back of the tractor. Officer Guthrie and his motor were hurled into the curb. Officer Guthrie was injured severely but miraculously survived. Officer Presley was killed instantly.

"We (police officers) anticipate taking on robbery suspects, burglars, and druggies, but that drunk driver, weaving in and out of the lane, trying to make it home, killed a good cop."
Detective Ed Compton - Downey PD (retired)

We Miss You Wayne...